What's on your mind?

They are one of my favorite bands. 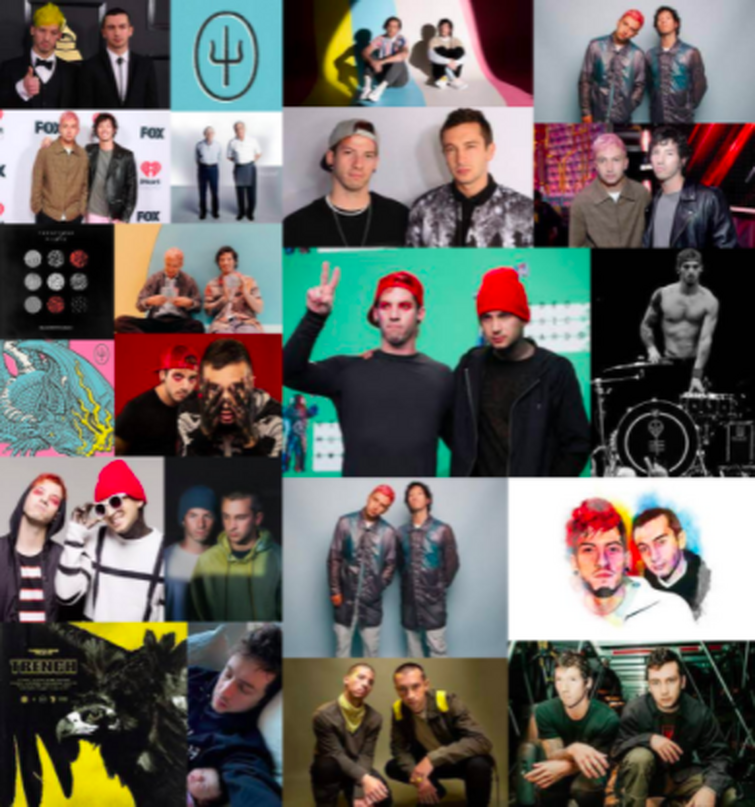 I’m new here and SO excited to be here I’m a huge 21 pilots fan and……. I don’t know what else to say lol

I FOUND A REAL MULBERRY STREET IN NEW YORK 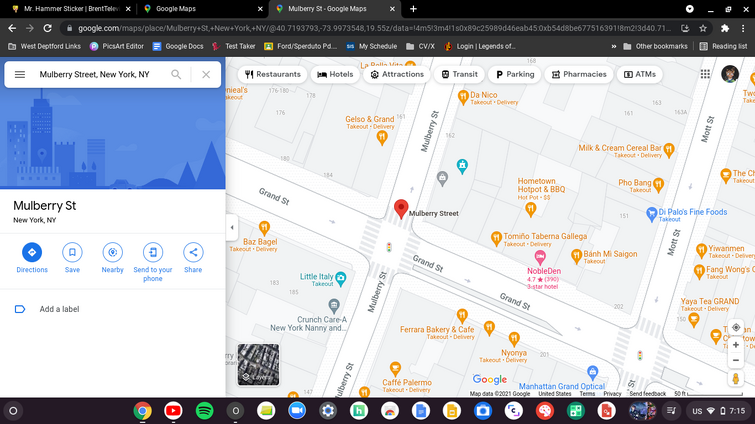 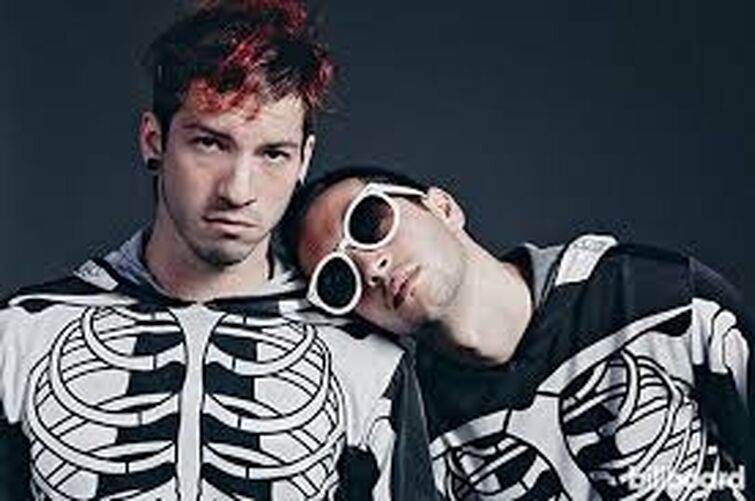 The boys looking so freakin cute

So I was listening to isle of flightless birds instrumental (Credit: Twenty One Pilots - Isle Of Flightless Birds (Accurate Instrumental) - YouTube)

Anyways I checked out the comments and one person says that in the description the credits to the song were there and it said Neighborhood by TOP and he even had a screenshot of it: Zak on Twitter: "@twentyonepilots What is neighbourhood? Has anyone heard this song? https://t.co/8ItZmmfsE4" / Twitter

So my question is, can someone check if this song exists, or if its edited?

These are my own, these are not official names

So I was listening to Vessel and I thought of some alternate names for the songs. Here they are:

This one was one of the harder ones to come up with, as Tyler says a lot of things, but since there is a surrounding theme of voices/demons, I think this is best

Holding on to you; Entertain my Faith

Not much to say, pretty easy to come up with.

If you don’t like the name, I also came up with: Suicide Day, Headache, Shadows Will Scream, and Waging My Wars.

… I have literally nothing to say…

Can also be Schizophrenic. OMG DID I JUST MAKE A PU-

Screen; (Trying To Be) So Cool

The Run And Go; Need You To Stay (Don’t Wanna)

By far the hardest one to make.

Fake You Out; Fall Down, Break Down

Could also be fake but I think it’s too close to the original.

Guns For Hands; Trying to sleep

YES I CAN FINALLY END TH-

Hold up there buddy

This is episode one

So first off, I thought this favorite song thing was gonna be everyday, but then I wrong, so now I'm just posting these whenever.

Anyways, my favorite from vessel is Migraine. How bout yours? 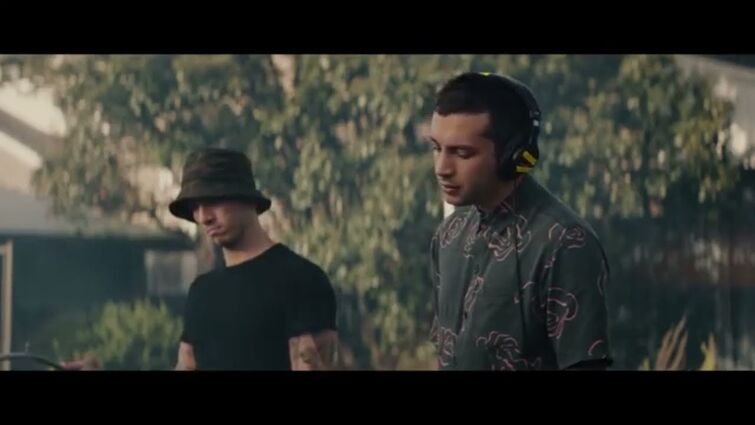 Every Twenty One Pilots Video but it's just the song titlesYouTube

So, I’ve never seen anyone talk about this, and I’ve been thinking about it for a while. I came up with this theory that the music that they make and release (kinda their style and genre) is directly related to how people react to the songs previously released (specially singles), and they’ve been trying to tell people about this for quite some time.

It all (obviously) started in the Blurryface album (from now on I’ll talk a little bit about some songs and what I think they mean in general, but not all, in case you wanna go and try to find the clues yourself) when in Heavydirty soul he is talking about someone trying to take control and he needs to be saved. Right after that we are introduced to Blurryface in Stressed Out (pretty obviously), he being the infestation talked about in the first song. So the record switches to Ride (I’ll put this song as a song that he wants to make, not following any trend or anything), and for this one, just keep the part where he asks questions about who would you live for and die for. After that comes Fairly Local that I consider kinda of an interlude and here’s why: He talks about the songs he’s making and when is said to keep the beat to repeat yesterday’s dance is about Ride, he wants to make more songs like that (or even all the previously songs on the record), but in the second verse “tomorrow I’ll switch the beat to avoid yesterday’s dance is about the next song on the album, which is the most stand out in a way that it’s different from everything else on the whole album. Before the next song, I just wanna put it out that “this song will never be on the radio” is about Ride or all the previous songs. Moving to Tear In My Heart, a love, poppy and catchy song on the record there’s a line that says “this songs on the radio are ok” and that’s because he switched the beat Blurryface in control telling that this is what they should play, that’s what people will like and listen to (also it’s good to mention that the song starts with a Korean greeting, that could be related to k-pop, something that is really big and BF wants to reach everyone with this catchy song). Lane Boy kinda starts to depict what is happening on the record, the songs that are heartless are the ones like Tear In My Heart (ironically linking the name of the song with the heartless feeling because it’s a generic pop song) and a lot of other things in this song describes what is happening until this point on the record. And when I asked you to keep in mind the line in Ride where he asks the question about who you would you live and die for, it was because of this part: “I’m sorry that question I asked last”, that means it’s not BF, because that question was asked in a not BF song. Then for The Judge is where my theory starts to gain traction, he is explicitly telling the listener to choose what they should do, to be the judge of this battle that started in this album, and the “Oh no” shows that he knows what people will listen to and stream more, what would be more commercially successful.

For the rest of the record I’ll keep for you to listen to and see what you think about (there’s so many things on every song pointing out to this whole thing that I said above that amazes me).

Just to talk a little about Trench (because it’s a masterpiece) we can see this whole thing being repeated again, there are things in every song, even the ones that don't seem so, like Smithereens and Legend, but I’ll point out just a few parts in some songs. Track 2, Levitate, he is kinda in control, but he needs to keep it that way, so don’t believe the hype of anything you see (already talking about The Hype) and he says in a part that “a curse from you is all that I would need right now” and it’ talking about BF is gonna take control and he needs the listener to ignore it, to say it’s bad (as we can see in the majority of SAI which is kinda also a hype album, so you got the idea). After that BF starts to appear again in Morph, he is trying to hide in the songs, because if he shows himself enough, people will notice. And just to point out in Cut My Lip, again we have him talking about choosing “I'll keep on tryin', might as well

If you decide, all is well”, and he’s okay with what people will choose, which side will win.

Again, as Blurryface, this album has references to this thing that I’m saying, this battle between the two to see who gets the spot, the audience, the streams and the reputation. In Neon Gravestones, a song about glorifying suicide, thinking about all this that I said above, this part strikes differently: “I could use the streams and extra conversations; I could give up, and boost up my reputation, I could go out with a bang, they would know my name, They would host and post a celebration”.

As a pattern that can also be seen in SAI a lot, with references to this whole thing as well a lot of things talked about in Trench, but I will leave that for another time (this text is already too long), but this one I couldn’t let it pass: in Redecorate again he talks about people choosing “The last thing I want to do is make my people make decisions, wandering what to do”.

Just to finish, even the singles point out to this whole thing, from Heathens a lot could be interpreted there in a way that keep this moving on, but I wanna shine a light into Level Of Concern, the chorus when he talks about what he is concerned about and people didn’t listen to it, it was about this whole thing, about not believing the hype and not glorifying all of this and because of that DEMA took full control and they made SAI. And the lines: “Wonderin', would you be, my little quarantine? Or is this the way it ends?” is a direct reference to quarantining him again, and praising what DEMA is doing or will it end, we’ll finally choose “their” songs instead of DEMA’s.

That’s a way I found of summarizing it, there’s a lot of things that could still be discussed that adds to the conversation, and I see hints to this whole battle between them, as who will win, who people will choose in every song, all three last albums.

It seems like a big reach, but if it strikes anything with you, I would love to know your thoughts on this whole thing.

And use discretion as you’re messing with the message, man, this lyrics aren’t for everyone, only few understand.

The new MV was amazing especially that high note, Josh nailed it! But I need help figuring out what was that sea monster…. Was it trash?

Maybe SAI is being in Trench (out of Dema) but still having them influence our thoughts sometimes. So, though things are going okay, Dema still has some (unintentional) influence on us.

Lots of potholes in this but just wanted to hand it out there for analysing. ;)

Mine is Ruby. Come back tomorrow for Part 3: Vessel

It feels so comfortable and it fits perfectly! 10/10 :D

I believe that since trash is bayou blue (and according to tøp that means creativity) and Ned clearly represents creativity. I think trash is the bad side of creativity and Ned is the good side that explains why Ned is missing because dema made this album with bad creativity which is proganda.