Cancer is a song by My Chemical Romance. A cover by Twenty One Pilots was released as a single and was featured on Rock Sound magazine's exclusive The Black Parade CD featuring covers by various rock bands. 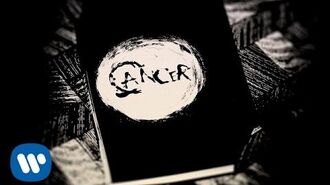 Retrieved from "https://twentyonepilots.fandom.com/wiki/Cancer?oldid=4005"
Community content is available under CC-BY-SA unless otherwise noted.