Choker is a song by Twenty One Pilots from the sixth studio album, Scaled and Icy. It is the second track on the album and was released as its second single on April 30, 2021.

It was notably released at midnight in all local time zones, meaning South Pacific nations such as Tonga, Samoa and New Zealand got the song first on streaming platforms. It was subsequently leaked online for the rest of the world in the following hours before officially releasing.

Regarding the writing process of the track, Tyler Joseph described it as a "rash" for referring him to dig back into older songwriting habits and methods. He explained: "[...] It's another thing when [a song] comes up organically – almost like an old habit that is inevitably a part of who you are, and still makes up the fibres of who you are. It's mostly dormant, but every once in a while it flares up. That's what "Choker" is: a flare up of an old rash that we thought we cured. And we’re proud of that rash! We like that rash. The rash is who we are. We had to itch it."

In the same interview, Tyler recalled: "I remember when I locked into the writing of [the song], it just flowed; it was scary how easy that song was for me to write, and it was because I knew I was coming from a place, and I was in a realm that I had spent a lot of time in before. And I was comfortable there; I was familiar with my surroundings. And that's why it was such an easy song to write." He also stated that, although the band is evolving and maturing, he doesn't need to not look back to his old writing styles previously established on pre-Blurryface albums, such as Twenty One Pilots, Regional at Best and Vessel. "I think "Choker" is the beginning of me being okay with the entire body of work, and feeling like I don't have to steer away from some things that people would consider from our older records."[1]

Tyler told Apple Music that the term "choking" comes from a basketball background and its meaning is "standing at the free-throw line and you need to make one of those two, and if you miss them both, you choked." About the song, he added, "I think for me, with certain friendships and relationships, there were moments that I could have risen to the occasion and I didn't, and that's something that I'll have to live with. I think that everyone has those moments where they feel like they choked. The song is trying to work that through and trying to figure out if that's someone that I was born to be. Can I shape this? Is this something I can turn around?"[2]

On April 29, 2021, the official video was posted to the Twenty One Pilots' YouTube channel, and premiered on April 30 at 12 a.m. Eastern Time, 30 minutes following a release event on the Livestream Experience website.

The video was taken at Big Fun Columbus, a vintage toy store in Columbus, Ohio, where it closed from Monday, April 19, to Wednesday, April 21, 2021, for the video's production.[3] 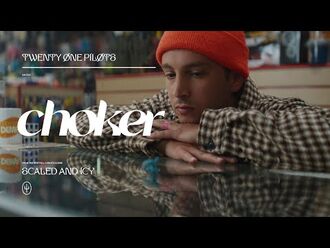 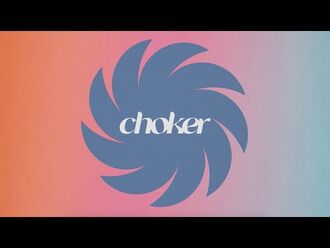 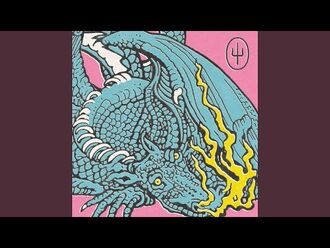