Twenty One Pilots Wiki
Register
Don't have an account?
Sign In
Advertisement
in: Singles, Vessel Songs, Holding on to You EP,
and 6 more

Holding on to You is the second song on Twenty One Pilots's third studio album Vessel. It was recorded in Los Angeles and is produced by Greg Wells. It served as the first single from the album and was released on September 11, 2012. The video was released on November 14, 2012 on Fueled by Ramen's YouTube Channel.

The song was originally recorded for Regional at Best, and was released in 2011, before the album was discontinued following the band's first major label signing. "Holding on to You" was also released as an EP on August 16, 2013, and served as the first track.

The next song is called Holding on to You and — if I’m being honest with you — I’ve never been super pumped on the name. I didn’t really know what else to call it other than just taking the words that I say most in the song and naming it. I always get this weird like 80’s rock vibe from the title of the song, which has always bothered me, but since then have gotten over. I remember the riff for the song Holding on to You — I can see it now, on the piano, on the keys. I’m very visual when I write music and I remember I accidentally jumped over a few notes when I was tryna figure out just the riff and I didn’t think it worked. Then I listened to it again and actually the riff anticipates the chord progression in a really nice way and then I fell in love with it. And then obviously, this is one of our key tracks that has been on this album that Josh and I — the other guy in my band — we’re a little… we don’t really know what it means exactly to have a single out because we’ve always just worked on a body of work, but this is one of those songs where we have to introduce ourselves and say “this is kind of who we are.” You know, this is one of those songs that’s kind of a staple for us.

On November 14, 2012, Fueled by Ramen uploaded the official music video to their YouTube channel. 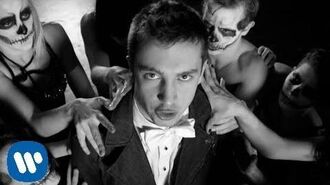 Twenty one pilots- Holding On To You -OFFICIAL VIDEO-

"Holding on to You" was originally recorded for Regional at Best, but following the band's signing with Fueled by Ramen and subsequent discontinuation of the album, the song was re-recorded and included on the album Vessel. A live performance of "Holding on to You" at the LC Pavilion was uploaded to the Fueled by Ramen's Youtube channel on July 1, 2012. This live version also served as a bonus track on the Japan/Korea release of Vessel. 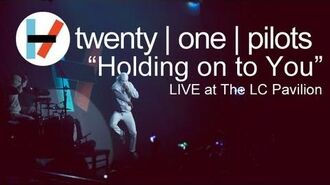 Twenty one pilots- Holding On To You (LIVE) 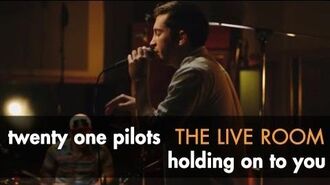