Twenty One Pilots Wiki
Register
Don't have an account?
Sign In
Advertisement
in: Vessel, Fueled by Ramen, Singles,
and 6 more

House of Gold is the fourth song on the album Vessel. It was recorded in Los Angeles and produced by Greg Wells. House of Gold, released on August 6, 2013, served as the third single from the album. The music video was posted to Fueled by Ramen's YouTube channel on October 2, 2013.

This next song is called House of Gold. Honestly I walked into this used music store place and I saw a ukulele and I bought it, just kind of spur of the moment. I wasn’t really thinking. I had no idea how to play it. Taught myself how to play within, you know, a few days. It wasn’t—it’s not a very hard instrument to learn and I just knew that, you know, I don’t wanna be playing other people’s songs on this thing. I wanna try to write a song which is how I’ve always approached instruments. So I tried to write a song right away and started off very simple, just strumming out that bottom string, you know, which is a C. And I just kept it going and I was just—and I kept doing that until I found the melody I was looking for. And you know my mom is a big inspiration to me and so the song really talks about her and what it is that I wanna do for her and whether that be financially or just in other ways too. So she means and lot to me and so this song House of Gold is about her. 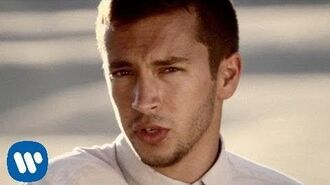 A live performance of House of Gold at the LC Pavilion was uploaded to The Live Room powered by Warner Music's YouTube Channel on 19 August 2013. House of Gold (Live at LC Pavilion) was recorded at a show on April 26, 2013. 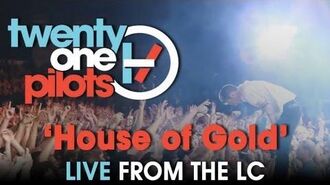 Twenty one pilots- Live from The LC "House of Gold" 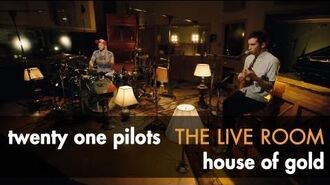 Twenty one pilots - "House Of Gold" captured in The Live Room